Dr. Byron de la Navarre is Chief of Staff at Animal House of Chicago. He opened this practice in January 2003 doing much of the construction on his own with help from friends and family. He takes great pride in his work as well as in his practice of veterinary medicine.

His love of animals began as a young boy growing up outside New York City. He had his own pet sitting service as well as his own business "Fish-ician" setting up and maintaining Aquaria in various homes and businesses. He managed one of the largest privately owned pet stores in New York specializing in exotic pets. Dr. de la Navarre attended Cornell University as an undergraduate. There he did Honors Research in Captive Husbandry & Breeding of Perigrine Falcons at the Cornell Ornithology Laboratory. He also took part in a Master's Research project in Psittacine Nutrition. Dr. de la Navarre then went on to the Veterinary College at Cornell, receiving his DVM degree in 1990.

Between his third and fourth year of veterinary school, he externed at over 12 zoos both in North and Central America as well as Europe and Israel. After completing an internship, he worked at Niles Animal Hospital & Bird Medical Center in the Chicago area for 7+ years, then became Head of Exotics at Misener-Holley Animal Hospital and Exotic Creatures Care Clinic.

He has also performed "Relief Veterinary" work at various clinics and still fills in at the Chicago Veterinary Emergency Service as needed. This additional work experience continues to challenge Dr. de la Navarre and serves as an excellent avenue to consult with colleagues on the latest and greatest in Veterinary Medicine & Surgery. 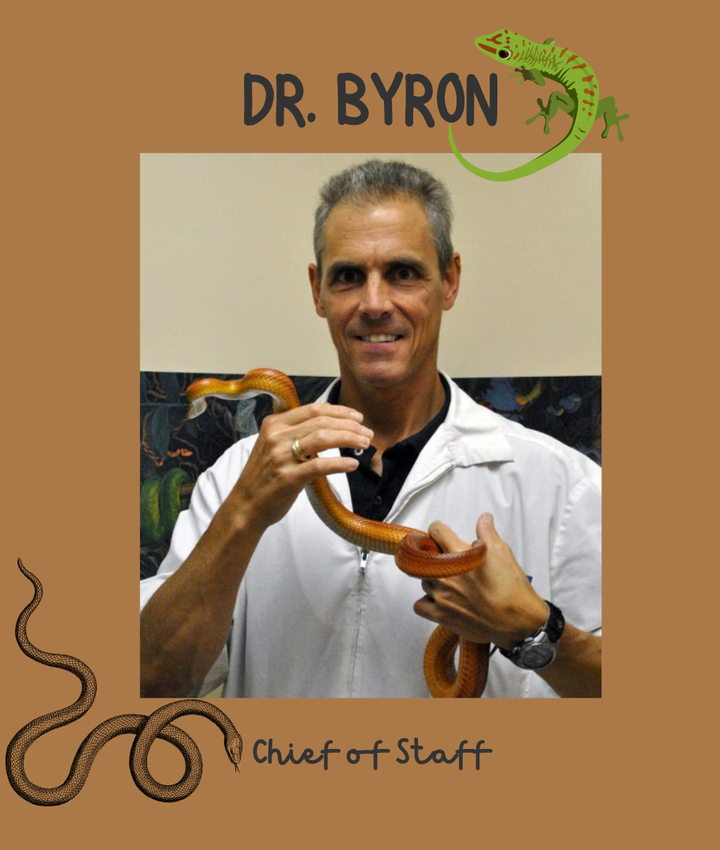